Casino Tycoon aims to gain position in the market

One of the 20 richest men in the world is in Brazil this week with an eye on the gambling law and already studies possible investments as soon as the country regulates the activity. Three sites are practically defined by the corporation and details are missing - and the law – to confirm the investments. 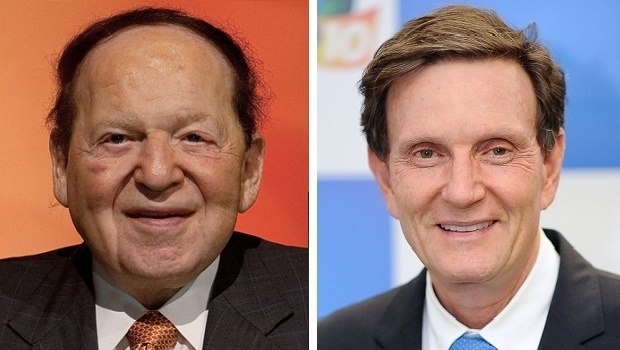 Las Vegas Sands’ CEO revived discussions about the the gambling law in Brazil because of his visit to the country in order to closely see the possibilities and potential of the market. Visionary, Adelson wants to be one of the first entrepreneurs to conquer the country’s gaming market and also bring his casino brand already famous in Las Vegas, Macau and Singapore. According to Adelson’s close contacts, the approval of a consistent law in the country could make Brazil the third best market for the group, after Las Vegas and Macau.

Adelson’s closest advisers say that the he wants to get closer to the discussions surrounding the passage of the law in Brazil, and that his visit to businessmen, deputies, senators and top officials of the president Temer government will help him in making decisions regarding investments in the Brazilian market. Money is not a problema for the billionaire (one of the 20 biggest personal fortunes in the world), and he still has appetite for new markets. It was so in Singapore and now his eyes are open particularly to the markets of Korea, Vietnam and, of course, Brazil.

Adelson’s first official activity was an audience with Rio de Janeiro’s mayor, Marcelo Crivella, who he told, according to a Games Magazine source, that the corporation is eyeing Rio not only for what it represents in Brazil but for its international recognition as a pole of tourist attraction. He also mentioned that the company is considering two other regions, but giving no more details to maintain the secrecy of the initial studies. The source also said that Adelson isa Little bit apprehensive about Rio, as it may present some difficulty on the instalation of a hotel-casino due to the design of the law under discussion. Brasilia is the investor's second stop in his Brazilian tour.

Cards on the table (or tycoon's investment plans)

Sheldon Adelson has already mentioned that his corporation's investments can exceed US$ 8 billion. The initial idea was a mega-project similar to what he did in Macau and, more recently, in Singapore. But because of the characteristics of Brazil and the market studies already commissioned by him, it is possible that the company may develop three different gaming venues, that could make Adelson the biggest investor in the upcoming Brazilian casino market.

In private conversations, Adelson has said he believes in the approval of a gaming law in Brazil later this year, and has told to closest interlocutors that "the country is seeking its insertion in the global tourism market and this necessarily involves the implementation of tools attraction of tourists, such as casinos."

Two times, one in the early part of the second half of 2016 and another earlier this year, "unofficial" advisors to the CEO of Las Vegas Sands have been in Brazil to probe the progress of the discussions in Congress. As the coming and going of the bills in the House and Senate moved the decision to the middle of this year, Adelson decided to make the visit in person and see how the situation was moving forward ... And the visit only lit the lighthouse that soon good news can make that other important businessmen take flights to Brazil with similar goals.